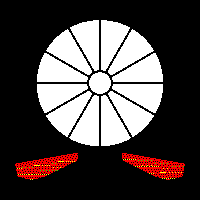 Chema a écrit:Re: Development of Blake's 7 (was OASIS development)

Post by Chema » Sun Sep 03, 2017 2:51 pm
Hi again. Maybe you know from the thread about Floppy Builder, than we finally found the issue. It seems to be a bug in the Cumulus firmware, but the good news is that I think I found a way to circumvent it. Now the saving works in the Cumulus, despite the bug.

I want to make some tests with real floppies but I am quite sure that it will work.

On another matter I have received feedback from one tester about Episode 3. Several typos and small things that I am now correcting.

I also have a first version of the instruction document (with pictures and such things).

So time to resume finishing things for the release